Letter Published in the Irish Times, 4th May 2022.

In 2017, the Religious Sister’s of Charity (RSC) resigned from the Board of St Vincent’s Healthcare Group (SVHG) and stepped away from their involvement in healthcare within the Group.

The Board of SVHG has always been clear in our determination to evolve as a secular organisation delivering leading healthcare in Ireland. Despite the attempts of some commentators to suggest otherwise, this is precisely what has been achieved with last week’s transfer of the RSC shareholding to St Vincent’s Holding CLG (SV CLG).

SV CLG is a not-for-profit company with charitable status governed by Irish law. It is not a public juridic body and there is no vehicle in the constitutions of SVHG or SV CLG by which any religious authority or control can be exerted. This is a fact.
At no stage over the past seven years of negotiations between the SVHG and RSC was the use of a Public Judicial Person to maintain any linkage between SVHG and the Catholic Church contemplated by either party. Moreover no negotiations took place between SVHG, the Catholic Church or the Vatican and no instructions (hidden; implied or otherwise) were conveyed to the SVHG Board in relation to SV CLG.

The role of SV CLG is to hold the shares in SVHG and promote healthcare interests in the more general sense. The active governance, management and ownership of our three hospitals – SVUH, SVPH and St Michael’s will continue to be the responsibility of the vastly experienced SVHG board and the highly qualified management and staff who constantly strive to achieve the best outcomes for our patients and their families.

The RSC did not appoint the current directors of SV CLG and will not have any role in the appointment of future directors. As is standard practice, a nominations committee of the Board nominated directors with the required skill sets in law, finance, healthcare and social care. These nominations were ratified by an independent committee comprising of representatives of legal, educational, medical and financial bodies. This additional safeguard in the SV CLG Constitution ensures that competent, appropriate individuals are appointed to the Board.

Relocating maternity activities from Holles Street to Elm Park will further sever a link with the Catholic church and its influence on the delivery of maternity services in Ireland. NMH at Elm Park DAC will be part of a secular healthcare group and the current role of Chair in the NMH Trust which is reserved for the Archbishop of Dublin – active or otherwise, will be removed. Bespoke governance arrangements ensure special powers in its Constitution reserved to the Board of the NMH DAC protects the clinical, operational and financial independence of the new maternity hospital which will have its own separate service arrangement with the HSE.

As recently agreed between the State, NMH and SVHG there will be three representatives from each stakeholder on the Board and the Minister will hold a golden share to guarantee independence of governance.
In addition, The Mulvey agreement of 2016 which sets out the heads of agreement between the State, the NMH and SVHG mandated that the provision of any patient care in the new hospital would be without religious control. The legal documents which give effect to the Mulvey Agreement, including the operating licence for the new NMH DAC, all ensure that there is no mechanism to impose religious ethos.

Finally, it is time to debunk the myth that the values of Mary Aikenhead are some secret code for Catholic control. Mary Aikenhead founded St Vincent’s Hospital in 1834 to serve the poor, treating patients regardless of religious persuasion. From its humble beginnings, the hospital has grown to be one of Ireland’s most sophisticated tertiary care acute adult hospitals with over 500,000 patient visits annually. Many organisations acknowledge their founding values in their constitution. SVHG’s founding values are dignity, compassion, justice, equality and advocacy – values found in many institutions across the world and which cannot be interpreted as any attempt to directly or indirectly impose catholic ethos.

The new maternity hospital will mean that women and their families will be cared for in a custom-built dedicated facility designed to deliver 21st century healthcare on a campus that offers a wide range of sophisticated medical, surgical and diagnostic facilities. It should be built without delay. 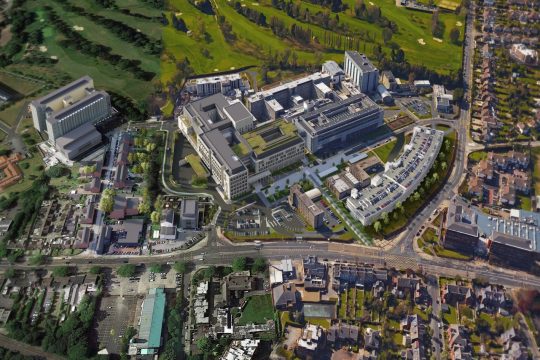 Mr James Menton, Chair of SHVG said: “The Board of St Vincent’s Healthcare Group welcomes the approval by cabinet of the development of the new national maternity hospital at St Vincent’s, Elm Park. This is a landmark day, the new maternity hospital will mean that women’s healthcare in Ireland will be delivered in a custom-built […]

JOINT COMMITTEE ON HEALTH — MEETING 16 MAY 2022 OPENING STATEMENT- JAMES MENTON -CHAIR ST. VINCENT’S HEALTHCARE GROUP (SVHG); FOUNDING DIRECTOR -ST. VINCENT’S HOLDINGS CLG (SV HOLDINGS) Chair, Thank you Chairman for the opportunity to meet your committee this afternoon. I act as Chair of SVHG and was Founding director of SV Holdings and I […]

Our handbook contains all the important information you need when visiting our hospital whether you are a patient or a visitor.